My Journey to Becoming a Music Teacher

Children often have exciting ideas of what they want to be when they grow up. They dream of being doctors, astronauts, firefighters, or any number of other things. If you had asked me what I wanted to be when I was five years old, the answer would have been a teacher. As I grew older, that answer never changed. The subject certainly changed many times over the years, but there was something that always drew me to teaching and being there for others.

My journey to becoming a music educator began when I started learning to play the flute in third grade. And honestly, it was not my thing at first. I didn’t like practicing, and I didn’t like being in a new place with people I didn’t know. Even after all my pleading for an instrument, if it had been up to me in the beginning, I probably would not have stuck with the flute for very long. However, I continued playing my flute and it became a regular part of my life. I went to weekly classes and rehearsals, I started taking private lessons, and I practiced on my own. I gradually became more involved with my band and with various auditioned ensembles.

When I was in ninth grade, my interest in teaching and my knowledge in music joined forces. That was the year that I joined the local community youth orchestra. It was my first time auditioning for and playing with an orchestra, and I absolutely loved it. Our director engaged us with stories and imagery. He made music, at its core, fun. After being in band for so many years, playing with an orchestra introduced me to a whole new world of music. I learned new things, heard new sounds, and started to envision my future as a music director.

Some might say ninth grade is too young for one to decide on a career, but that thought never really occurred to me. Band and orchestra became safe places to be myself, to learn, and to explore. At rehearsals, I didn’t worry about what was going on at home or at church, and I could express myself freely. My directors became mentors and the music community became the best thing I could have asked for. I had several incredible directors who never gave up on me, pushed me to succeed, and believed in me when I couldn’t believe in myself. I wanted to teach to give other kids the same space and experience I had when I so desperately needed it.

When I started applying for colleges, I quickly realized music education degree would not be easy. To even get started, I needed three separate acceptance letters: one to the school itself, one to the music department, and one to the music education program. I was under a lot of pressure, but God called me to the University of North Carolina at Greensboro (UNCG). When I first stepped foot on UNCG's campus for my music audition, I felt a sense of belonging not experienced at any other school. I knew that UNCG was my the next step.

The journey did not end once I was accepted to UNCG. In one of my first classes, we were warned the music education degree had one of the highest dropout rates and that we probably would not graduate with all the people around us. The professors did not say this to scare us, but to warn us of the work ahead. But they were right. That freshman class had at least 50 people in it. In comparison, my final senior year class when I was student teaching probably had about 15. People changed majors for various reasons, and those who remained actively choose the music education major every single day.

Throughout college the childhood call to teach never left. I desperately wanted to teach music and I chose it daily. I am so thankful God has drawn me to Caldwell Academy to teach during this season of life. Music afforded me the space to become who I am today. In turn, I want to create a safe place where kids can be themselves to create and explore without shame. I want to help my students learn to let go of expectations, and look for the wonder and joy one can find in music.

Don’t give up on those childhood dreams, because you never know what God has planned. As Jeremiah 29:11 says, “'For I know the plans I have for you,' declares the Lord, 'plans to prosper you and not to harm you, plans to give you hope and a future.'” 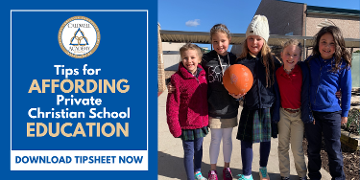 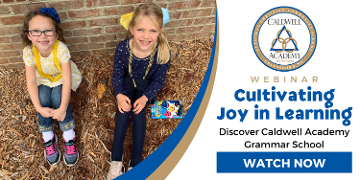